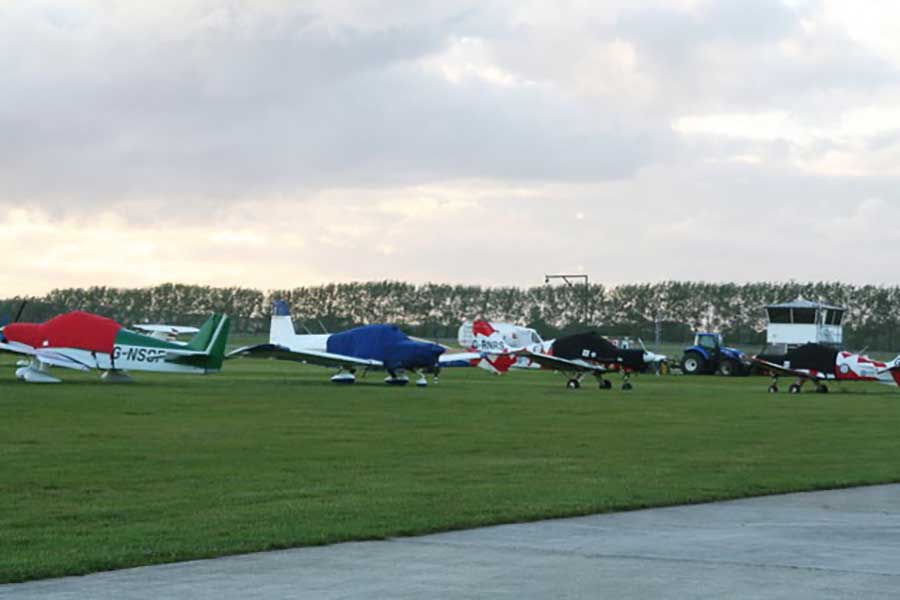 The impact of Covid-19 on the commercial aviation sector in the UK has been widely publicized but has the general aviation sector fared any better? Apart from a brief period between June and September, GA traffic levels have reduced dramatically since April last year. Business/corporate aviation at larger airports and airfields is around 15-20% of 2019 levels, although flight training and recreational flying has effectively ceased at all GA airfields during lockdown apart from any necessary engine health and maintenance check flights, although some business flights are allowed under the government regulations if there is no other alternative.

The picture across the UK varies significantly. Some smaller GA airfields have closed altogether, whilst others remain open for emergency and any other permitted flights. Whilst some financial assistance for GA airfields has been available through the Covid-19 furlough scheme and through business rates relief, some fixed costs are inevitable, particularly to maintain even a minimal level of ATS or fire and rescue capability. Flight training schools have been severely impacted and it remains to be seen how many will survive in this highly fragmented market. Other businesses, including aircraft charter and maintenance have fared little better. Some larger GA airfields, particularly ex-military aerodromes which typically provide a range of surplus buildings, can obtain additional property rental income from non-aviation related businesses -although this too has been squeezed during the Covid-19 pandemic.

Survival of the GA sector and its specialist airfields is important as we emerge from the Covid-19 crisis.

The sector as a whole is estimated to provide 11,600 direct jobs and to contribute £1.4 billion annually to the UK economy. It provides a range of economic and social benefits for users ranging from corporate aviation, pilot training and recreational flying across a variety of aircraft types ranging from larger fixed wing aircraft, helicopters through to microlights and gliders.

But whilst there are some corporate/business flights at UK commercial airports, the majority of GA flights are at specialist airfields, which range from larger airfields such as Biggin Hill and Gloucester through to farm strips. Many of these were previously military airfields but they are not necessarily located close to the UK’s main population areas. As an example, a county such as Lincolnshire has more airfields than a more densely populated one such as Surrey. In the past five years, several GA airfields particularly in the south east and the Midlands have closed for redevelopment. whilst others have been bought on a speculative basis for property development, particularly as ‘garden villages’.

It is certainly true that the land value for development for some airfields can be greater than that from GA activities alone. But, given the wide-reaching benefits of GA, the government’s proposals to establish a network of airfields with some degree of planning protection against such development seems logical.

Is a network of protected GA airfields the best way forward?

The concept of a network of airfields with some planning protection against closure for development was included in a revision of the National Planning Policy Framework (NPPF) in 2018, but its precise nature is still to be finalised. The network would need to be spread geographically across the UK and should enable all GA users to access a local airfield suitable for the type of activity. The degree of the planning protection is still to be determined and it is possible that there might be varying levels of planning protection and guidance for different groups of airfields. At present, the Department for Transport is awaiting suggestions from the industry on this although the situation is more complex due to proposals for the reform of the land planning system recently published by the Ministry of Housing, Communities and Local Government (MHCLG). Airfields were not specifically covered in these proposals and it has been suggested that a new category of ‘infrastructure’ is established which would facilitate new investment at and around an airfield whilst still giving some protection against its full closure. A further complication is that several airfields in the SE, such as Fairoaks and Redhill which have been purchased by property developers, are in the Green Belt. Whilst Green Belt status may prevent these airfields being closed in the immediate future, this is a double-edged sword as there is little or no scope for any other form of aviation-related or other supporting commercial development to improve the airfield’s financial viability in the longer-term.

Dunsfold Aerodrome in Surrey will soon be closed and redeveloped as one of the UK’s 19 new ‘garden villages’.

The government certainly now appears to be willing to play a more active role in promoting GA – not least because Grant Shapps, the Transport Minister is himself an avid private pilot and aircraft owner. The CAA’s GA unit has been significantly expanded, whilst the Department for Transport (DfT) has launched a major consultation exercise on the future of general aviation to follow on from its earlier consultation covering the wider UK aviation sector (‘Aviation 2050’).

Aside from recovery post-Covid 19, key areas of concern include the impact of regulation in the sector, particularly in the light of the UK’s withdrawal from EASA, reductions in uncontrolled airspace and the threat of closure of several of the UK’s general aviation airfields for redevelopment. In addition, the DfT and the CAA have recently launched a £2.0 million development fund to provide consultancy assistance to GA airfields. The fund has received over 100 applications for funding and will undoubtably be of some benefit. But given the financial pressures resulting from the Covid-19 pandemic, further financial support not only to airfields but also to their flight training schools and aircraft maintenance companies is likely to be necessary.

But whilst flying has been restricted during lockdown, there has been significant progress in developing new ‘green’ technologies for general aviation – including electric and hydrogen-powered aircraft, UAVs and drones. Indeed the development of these technologies in smaller aircraft types or at GA airfields is an interim stage towards their introduction across the wider commercial aviation sector. A number of electric powered aircraft types suitable for flight training or recreational flying are currently in development. These include the Pipistrel Velis Electro, which is already type certified by EASA and by the UK during the two year transition period following Brexit. To facilitate this, plans are in place to set up the necessary electrical charging infrastructure at over 100 GA airfields across the UK. The initial experience from flight training schools in Europe which are already using electric aircraft suggests that their cleaner image seems to have encouraged an increased number of female student pilots. But aircraft acquisition costs are likely to be high for many flight training schools, at least in the early stages of this technology.

Despite the pandemic, a number of new initiatives have been launched over the past year which signpost the future direction of the GA sector in the UK. These initiatives include Project HEART, a government-funded initiative to develop Britain’s first automated, zero carbon regional air transportation network. The concept is designed to enable cost-effective short-hop flights using 9-19 seater hydrogen-powered aircraft between up to 100 GA airfields in the UK. The technology is being evaluated using Britten-Norman aircraft and is expected to be operational by 2025. In addition to Britten-Norman, other partners in the Project Heart consortium include Blue Bear Systems Research, Inmarsat and Protium. Other UK projects include a trial by Air Port Air-One – a partnership between Hyundai, Urban Air Port and Coventry City Council to establish a temporary urban airport at a site in near Coventry City’s Ricoh Arena football stadium. This will be the world’s first fully operational hub for future electric vertical take-off and landing (eVTOL) aircraft, such as cargo drones and air taxis, and will evaluate the air traffic management and safety requirements. A further project to establish a trial drone corridor between Oban and the Isle of Mull is also underway sponsored by Skyports.

It is clear that the nature of GA operations and airfields will evolve quickly over the next 10-15 years as new cleaner technologies are developed. New urban ‘airfields’ for eVTOL aircraft, potentially smaller even than a traditional heliport, will emerge whilst some lesser-used and geographically remote airfields will be closed or redeveloped. But GA ultimately can bring significant benefits to both users and to the UK economy. Continued Government support and planning protection for those airfields necessary to provide these benefits is essential if these are to come to fruition.

BGL CommunicationsIs there light at the end of the tunnel for general aviation?02.17.2021