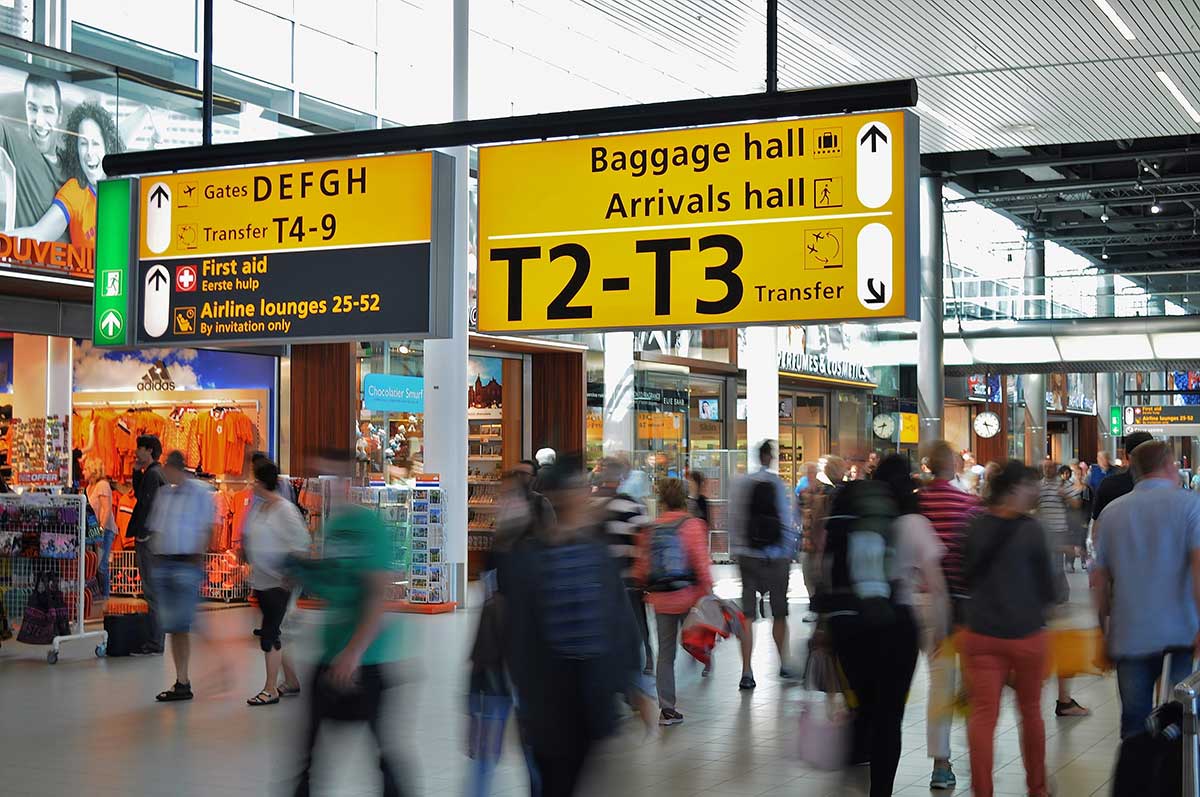 Whilst many UK airports are facing major operational issues handling the surge in demand following the Covid 19 pandemic, there is considerable variation in their extent of recovery of traffic from pre-pandemic levels.

Some airports, particularly those handling a high proportion of low-cost traffic are now handling over 80% of passengers in comparison to 2019 levels, whilst others have fared less well as airlines have cut back or delayed introducing new capacity as we move towards the summer peak.

As a snapshot of where the UK airport sector currently stands, we have compared the proportion of passenger and freight handled in April 2022 against that in April 2019. The analysis is based on the latest CAA monthly traffic statistics which covers the majority of the UK’s larger airports – although Bristol and Southend are excluded due as no data was submitted to the CAA. 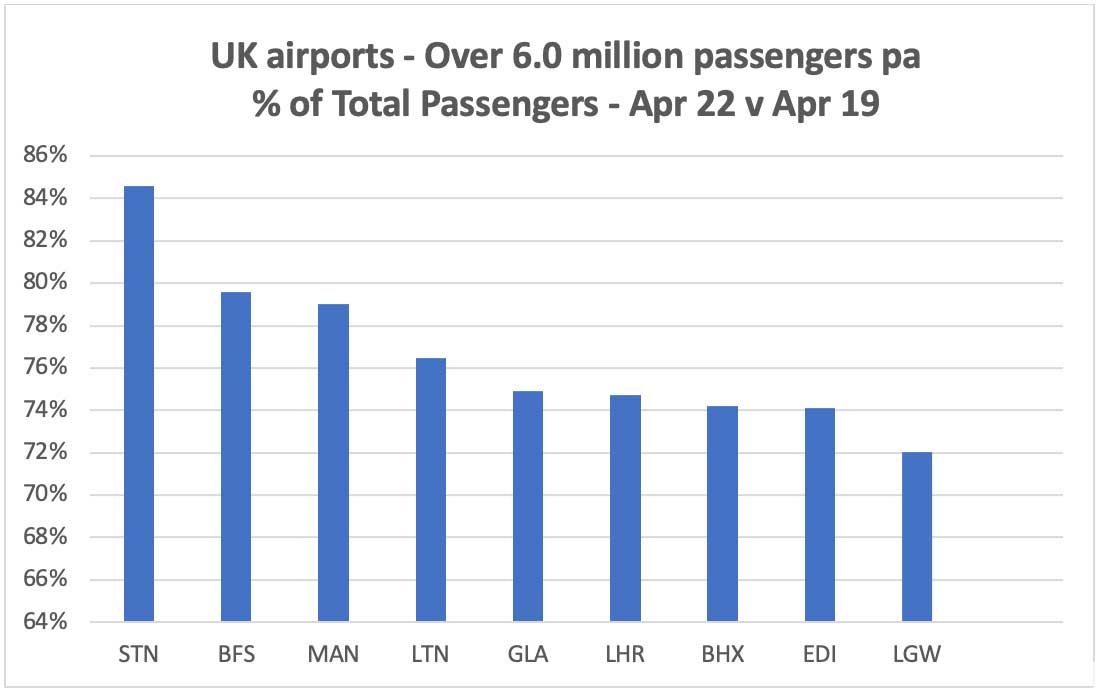 Stansted’s recovery at 85% of pre-pandemic levels is largely due to the early introduction of capacity by Ryanair. In April 2022, Heathrow recovered to 75% of April 2019, after a significant increase in traffic (+47%) between February and March 2022. Traffic recovery has been somewhat slower at Gatwick, which has been particularly impacted by flight cancellations, notably by EasyJet, although this may change over the summer peak. As a group, these larger airports recovered to some 76% of April 2019 levels which, as indicated below is significantly higher than most of the UK’s smaller regional airports.

In terms of mid-sized regional airports, Leeds Bradford and Newcastle appear have made the strongest recovery from the pandemic as at April 2022. East Midlands airport, where traffic was 63% of April 2019 levels, seems to have avoided much of the travel chaos experienced at other UK airports. Although London City had a 35% increase in traffic in April 2022 over the previous month, it has a lower proportion of leisure passengers, which are largely leading the recovery at this stage. 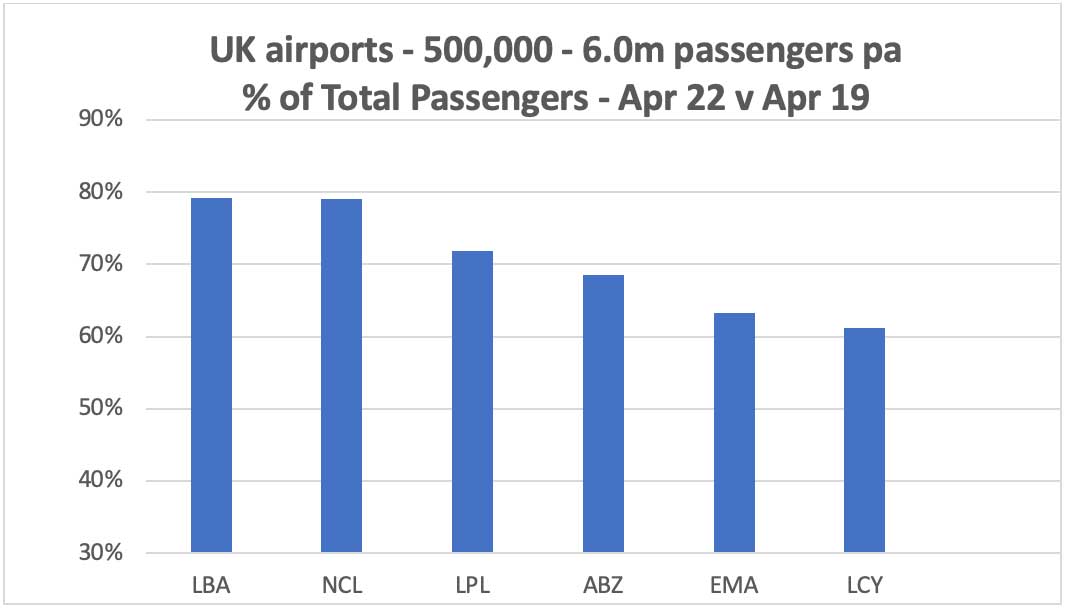 The picture at the UK’s smaller regional airports is more mixed. Some airports such as Bournemouth where Ryanair predominates have recovered well. Doncaster Sheffield also appears to have made a good recovery as at April 2022, although Wizz Air has announced a large number of cancellations over the summer due to a commercial dispute with the airport. Other smaller regional airports are some way behind – although their summer schedules often start later than those at larger airports. As a group, traffic levels in April 2022 were some 53% of those in April 2019. 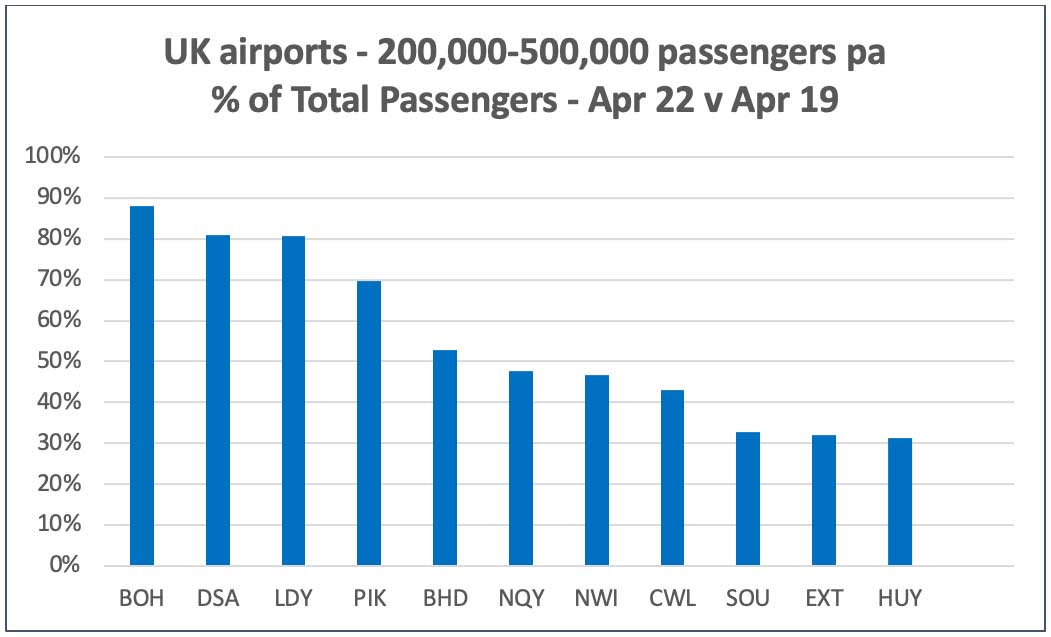 The recovery in terms of air freight handled is also mixed. Whilst air freight, particularly that carried by dedicated freighters increased during the pandemic, overall volumes have reduced in 2022 as the UK economy slows down. In April 2022, UK airports handling over 400,000 tonnes of freight annually achieved some 89% of April 2019 levels. The strongest performers were Stansted, East Midlands and Prestwick due to their high proportion of dedicated freighter traffic although Heathrow has recovered well in 2022 due to the increasing availability of bellyhold capacity. 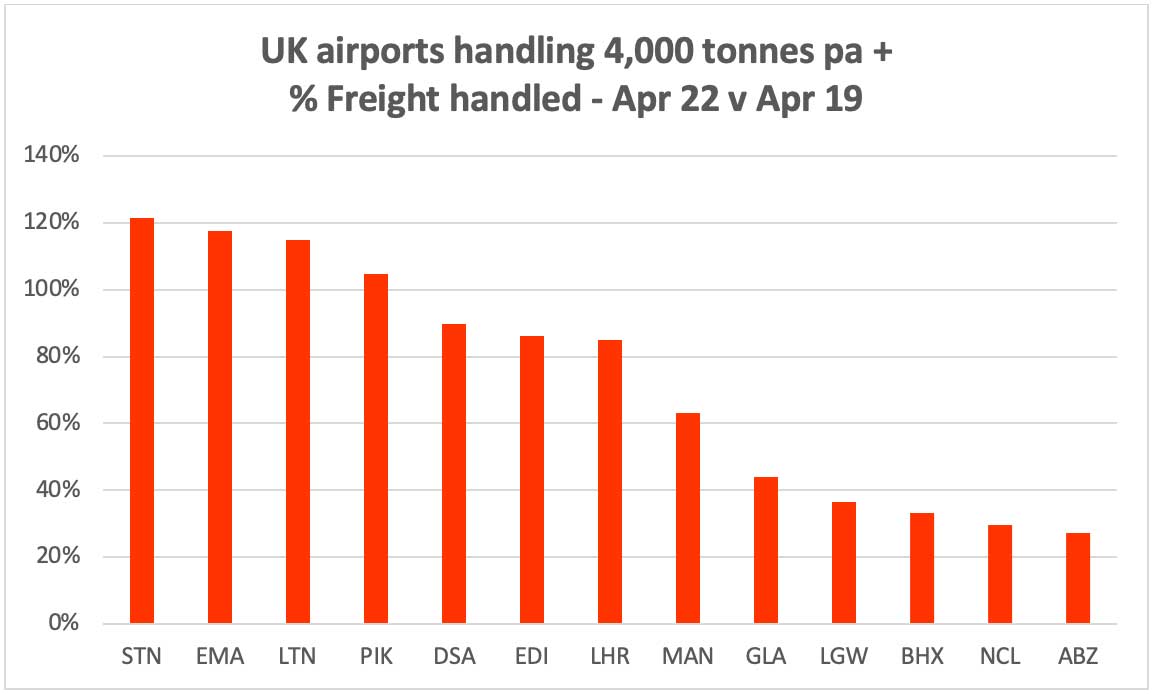 It should be stressed that this analysis should be regarded as a snapshot of the picture in April 2022 in a rapidly changing market. Despite the terminal chaos experienced at some larger UK airports, the traffic volumes suggest that they should ultimately recover more quickly provided there are no major setbacks over the summer. For small regional airports the situation is undoubtably more challenging.

The extent to which they will fully recover from the pandemic remains uncertain and, to maintain regional connectivity across the country, many smaller airports are likely to require government support in the longer term.

BGL CommunicationsUK airports – A snapshot of the extent of traffic recovery from pre-pandemic levels06.08.2022